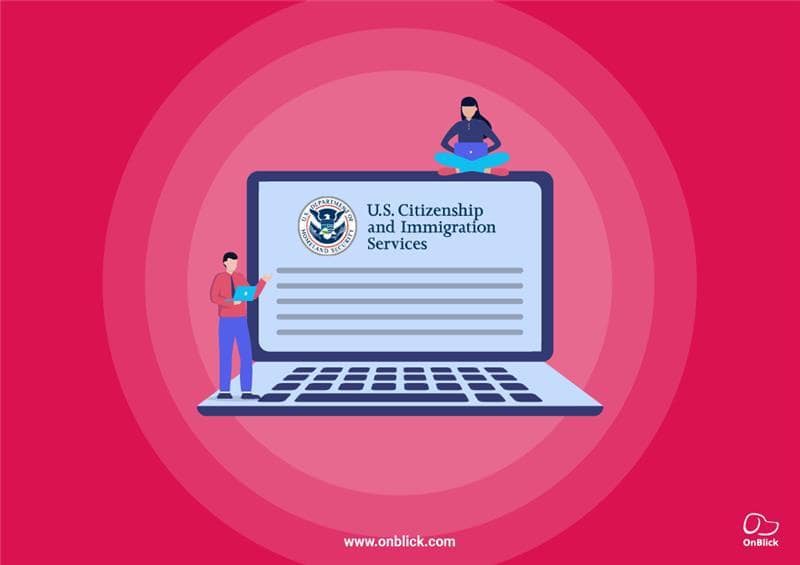 The United States Citizenship and Immigration Services (USCIS) recently published a Notice of Proposed Rulemaking (NPRM) to adjust certain immigration and naturalization benefit request fees. As per the proposal, H-1B visas for high-skilled workers and other visas could see massive fee hikes. The proposed fee rule would allow USCIS to more fully recover its operating costs, reestablish and maintain timely case processing, and prevent the accumulation of future case backlogs.

This article explores this proposal by the Biden administration and discusses how it could impact H-1B visa seekers.

About the proposed fee rule

USCIS announced that the proposed fee rule results from a comprehensive fee review. It was determined by the assessment that the agency’s current fees, which have remained unchanged for six years, are inadequate to recover the full cost of agency operations. USCIS usually publishes a fee rule biennially, and proposes these changes to justify the expansion of humanitarian programs, federally mandated pay raises, additional staffing requirements, and other essential investments.

As reported by the agency, the COVID-19 pandemic in 2020 led to a dramatic decline in receipts of new applications and resulted in a temporary drop in revenue by 40%. The proposed rule would increase some fees, including certain naturalization applications. However, the existing fee waiver eligibility for low-income and vulnerable populations will be preserved, and new fee exemptions for certain humanitarian programs will be added. If finalized, the proposed rule would decrease or minimally increase fees for more than one million low-income filers each year.

What are the new measures?

Note: The proposed rule would not change fee waiver eligibility requirements. The projected revenues from the proposed rule would let USCIS raise the number of adjudicators processing applications, implement technology improvements, and increase the support provided to individuals seeking information and assistance from the agency.

Impact of the fee hike

If the proposed rule is implemented, employers will pay significantly more for most nonimmigrant and immigrant filings. The fee increases project to boost revenues by over $4.5 billion, providing USCIS with the much-needed resources the agency claims are necessary to “improve service levels.”

The H-1B is the most sought-after US work visa among foreign professionals. The H-1B cap registration fees would increase dramatically from $10 to $215 per registration. Luckily, it is believed that the comment period wouldn’t make it possible for this surge to be implemented for the upcoming registration in March 2023. USCIS seeks to collect additional fees from the employer community to help fund the asylum and humanitarian relief programs. Every I-129 and I-140 petition would require a separate $600 Asylum Program Fee payment. This fee would apply to all initial petitions, status changes, and stay extensions that use Form I-129. This $600 fee would be in addition to the separate Form I-129 and I-140 filing fee increases. The proposed fee is currently $600 regardless of the size of an employer or the number of foreign nationals it employs.

• Filing fees for H-1B petitions would increase from $460 to $780 (Not including the additional $600 Asylum Program Fee). These fees are borne by the US-based employer and will increase their hiring costs.

• Filing fees for I-140 immigrant visa petitions would increase more modestly from $700 to $715 (Not including the additional $600 Asylum Program Fee).

• To encourage the naturalization of Lawful Permanent Residents (e.g. green card holders) to U.S. Citizens, USCIS proposes a modest increase for the N-400 application from $640 to $760.

A Comparison of H-1B Current and Proposed Fees

When will the rule come into effect?

The rule is subject to a 60-day comment period closing on March 3, 2023. Fees will not change until the final rule goes into effect, after the public has had the opportunity to comment and USCIS finalizes the fee schedule in response to such comments. It is expected that the comments will include concerns from small businesses, non-profits, and educational institutions that are not generally in a position to absorb the enormous increase and will feel a disproportionate impact. As a result, with enough feedback, there are slight chances of changes being made to the proposed rule.

Once the comment period is closed, USCIS will respond to the public comments and publish a final rule containing the implementation date. It will take several months for the higher fees to take effect, if at all.

OnBlick will continue to monitor the NPRM and offer more details as they become available. If you wish to know more about OnBlick, book a quick demo here.