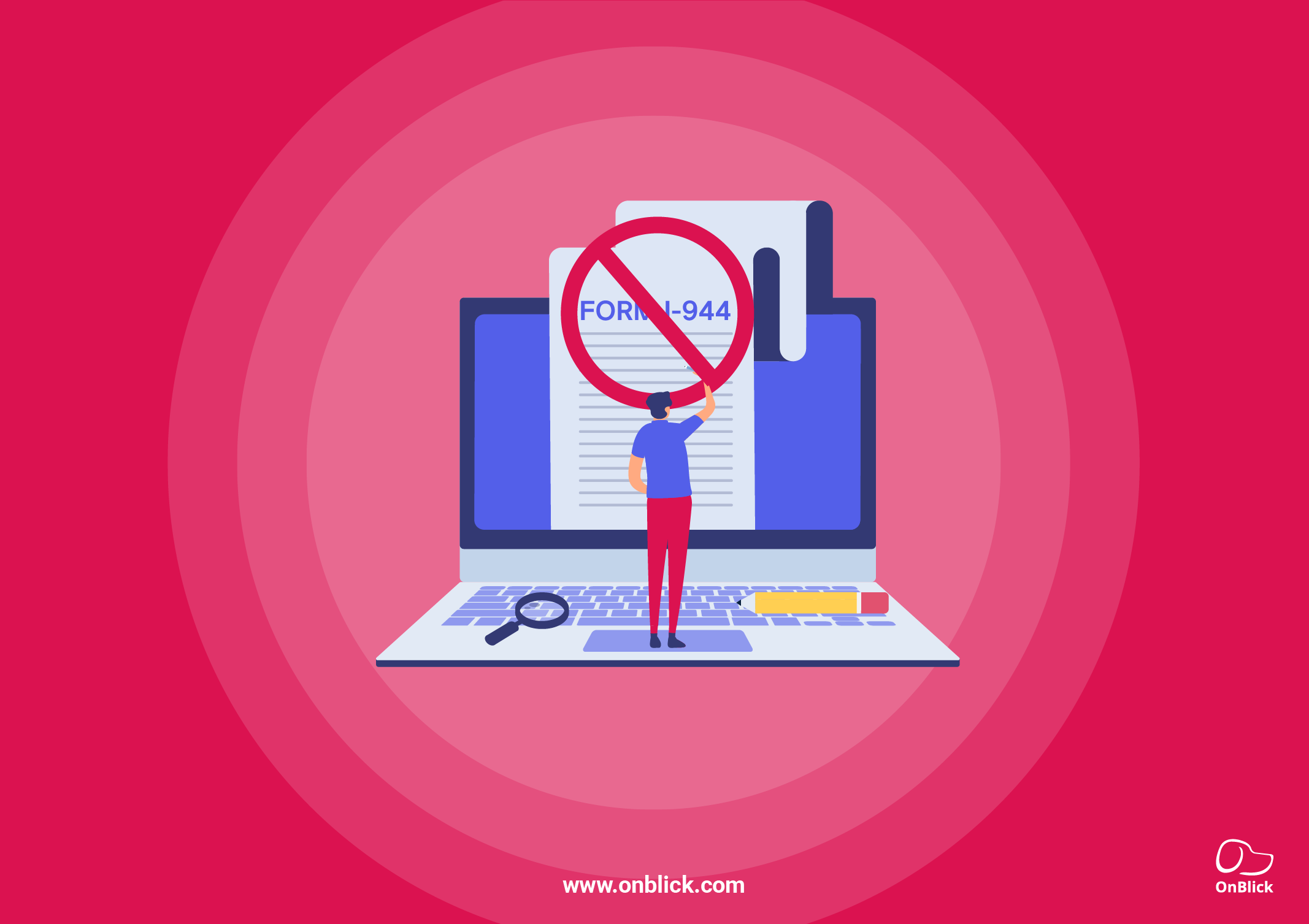 The 2019 Public Charge Rule Eliminated: Goodbye to Form I-944

The 2019 Public Charge Rule Eliminated: Goodbye to Form I-944

The news that the Trump Administration’s 2019 Public Charge Final Rule is eliminated came as a relief for green card applicants.  This declaration can be considered a part of the Biden administration's effort to restore faith in the legal immigration system and reduce barriers to immigration. On 15 March 2021, the U.S. Citizenship and Immigration Services (USCIS) announced it will revert to utilizing the public charge guidance that was in effect before the implementation of the 2019 rule.

As the rule has been eliminated, the Form I-944, Declaration of Self Sufficiency, is no longer required. Here’s everything you need to know about the rule, the Form I-944, and how its elimination will impact foreign nationals.

What is the Public Charge Rule?

The public charge concept was first established by Congress in 1882 to allow the U.S. government to deny a U.S. visa to anyone who “is likely at any time to become a public charge”. However, it did not define what “public charge” means.

For almost two decades, immigration officers had adopted the term ‘public charge’ to refer to someone “primarily dependent on the government for subsistence,” as demonstrated by either (a) using public cash assistance for income maintenance or (b) institutionalization for long-term care at government expense. Precisely, this included:

The green card applicants using the adjustment of status (Form I-485) process to apply from within the U.S. must be aware of the purpose of the Form I-944. Almost all family-based and employment-based applications required Form I-944, as the failure to submit it would lead to the denial of their I-485 applications. Here’s more about the Form I-944:

On August 14, 2019, the Department of Homeland Security (DHS) published a final rule, Inadmissibility on Public Charge Grounds. The final rule amended the regulations by prescribing how the DHS will decide whether a noncitizen applying for admission or adjustment of status is inadmissible to the United States under section 212(a)(4) of the Immigration and Nationality Act (INA) because the individual is likely at any time to become a public charge.

The Form I-944, Declaration of Self Sufficiency, was used by USCIS to determine whether an applicant is likely to become a public charge at any time in the future based on factors such as the receipt of public benefits, in addition to the ones like the applicant’s age, health, family status, assets, resources, financial status, education and skills, prospective immigration status and period of stay, and the petitioner’s Form I-864 Affidavit of Support.

The part of the application about Public Benefits required the applicants to mention whether they have ever received, or are currently certified to receive in the future any of the public benefits listed below:

Under the public charge rule, such immigrants classified as ‘likely’ or ‘liable’ to become a Public Charge could be denied visas or permission to enter the country owing to their disabilities or lack of economic resources.

As per USCIS’s announcement on 15 March, on or after March 9, 2021, applicants and petitioners should not provide the information required solely by the Public Charge Final Rule. That means that applicants who apply for adjustment of status should not provide the Form I-944, Declaration of Self-Sufficiency, or any evidence or documentation required on that form with their Form I-485. Applicants and petitioners for extension of nonimmigrant stay and change of nonimmigrant status should not provide information related to the receipt of public benefits on Form I-129 (Part 6), Form I-129CW (Part 6), Form I-539 (Part 5), and Form I-539A (Part 3).

If you received a Request for Evidence (RFE) or Notice of Intent to Deny (NOID) requesting information that is solely required by the Public Charge Final Rule, including but not limited to Form I-944, and your response is due on or after March 9, 2021, you need not provide the information solely required by the Public Charge Final Rule. You do, however, need to respond to the aspects of the RFE or NOID that otherwise pertain to the eligibility for the immigration benefit sought. If USCIS requires additional information or evidence to make a public charge inadmissibility determination under the statute and consistent with the 1999 Interim Field Guidance, it will issue a subsequent RFE or NOID.

Secretary of the Department of Homeland Security (DHS) Alejandro Mayorkas announced that DHS will return to its previous policy, which had been in effect for 20 years, since 1999. It was specifically stated by the Secretary that the DHS will no longer consider a person's receipt of Medicaid (except for Medicaid for long-term institutionalization), public housing, or SNAP benefits as part of the public charge inadmissibility determination. The rule, many a time criticized as a "wealth test," had made it tougher for low-income immigrants and non-immigrants to obtain admission to the United States. According to Mayorkas, the 2019 public charge rule was not keeping in with the nation’s values as it penalized those who access health benefits and other government services available to them.