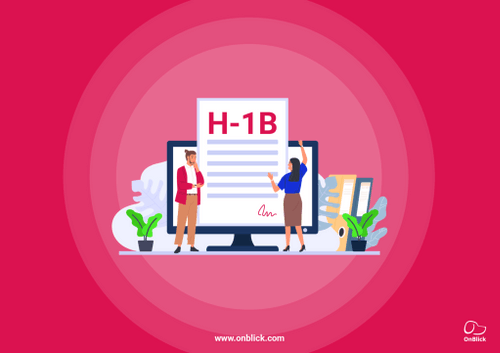 Is It The End of 'American Dream'?

Over the years, immigration has laid a strong foundation in strengthening America. The nation has long been the beneficiary of the new energy, as global talent is an integral part of the US workforce and they make extensive contributions that benefit everyone.

But, is the American government truly valuing it? Trump administration’s restrictions on foreign workers and students say otherwise.

US government has issued some swift and sweeping measures that impose restrictions on immigration system amid the corona pandemic. Critics accuse the administration for using the pandemic as a pretext to ban immigration. But Trump stays true to his promise of putting America first.

Though many measures were initially billed as temporary, they have been extended repeatedly. Many aspirants believe that, this may be the end of their American dream.

Few of the Restrictions Imposed on the Pretext of Pandemic

Ban on the Non-Immigrant Visas

As discussed in our previous article, an executive order from Trump’s administration suspended employment-based visas for thousands of foreign workers. This ban includes L-1 visas for intracompany transfers, H-1B for workers in specialty occupation, H-2B for temporary non-agricultural workers, and J-1 visas for exchange visitors. This order will restrict almost half a million foreign workers from entering the country. This order will not just impact immigrants, it will have a lasting impact on economic growth and job creation.

According to New American Economy, every H-1B visa issued generates 1.83 new jobs over the following seven years. With 85,000 H-1B visas restricted this year, would cost the U.S. a total of 155,550 jobs. The instinct to protect jobs for American citizens now, at a time of massive unemployment, might be understandable. But, by shutting out skilled workers, America is shutting out the creators of its economic future and the dollar dream for America aspirants. Now added to this list, is the new restriction imposed on foreign students.

This move may affect thousands of foreign students who come to the United States by taking huge debts. Their dream of attending American universities or participate in training programs is deeply shattered and the source of repaying their debts is concealed. This policy may force international students currently enrolled at various universities to leave the United States.

The combination of these restrictions and the earlier H-1B visa ban will decrease foreign students' attendance drastically. Education experts say this will deter more foreign students from seeking international education in the United States, impacting the revenue stream for many colleges and universities.

The American Council on Education (ACE) estimates that enrollment will drop 15% for the next academic year, including a projected decline of 25% for international students. Restricting international students and foreign workers will have a long-term impact as they are startup founders and CEOs of tomorrow.

All the new restrictions on immigration have made American dreamers pave a way for Canada. Canada has become the destination for many skilled foreign workers through its simple and hassle free immigration process. This country is all set to welcome these highly skilled immigrants through its Global Skills Strategy program started in the year 2017.

Unlike the US Immigration policies, this GSS program offers speedy processing of the high skilled worker visas, as it is mainly developed with the intention of providing highly skilled employees to their organizations.

Aaron Levie, the CEO of Silicon Valley cloud-storage firm Box, stated that, “In the digital economy, you hire where the talent is. When you restrict immigration, the jobs still get created, just somewhere else. And later down the road, when those individuals create the next Google, it won’t be here,”.

It’s high time Americans understand the effort and contribution of skilled immigrants and do what’s right for the U.S. economy.