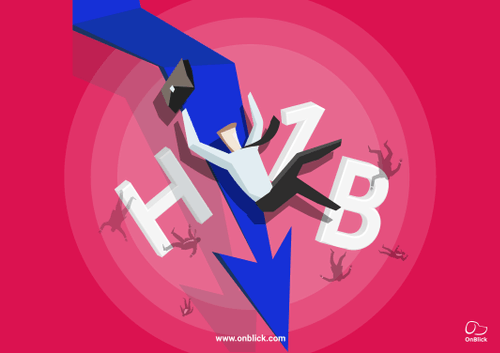 Are Non-immigrants Trump’s Next Target?

Corona virus pandemic has affected many aspects of businesses to an unimaginable extent. Recently, Trump administration has used the same excuse to impose a temporary ban on certain immigration to the country for 60 days. According to the data released by Customs and Border Protection, this immigration ban blocked nearly 43,000 migrants from seeking asylum at the southwest border.

U.S government has put forward this immigration ban under the cover of corona pandemic, which otherwise has struggled to breakthrough. Earlier this month, rumors said that this restriction may be extended to several non-immigrants as well. A recent article released by CNN announced that Trump administration is considering another set of restrictions on the immigration ban which might include H-1B, H-2B, L-1, and J-1 visas. Once adopted, these restrictions can be enforced even after the pandemic subsides. However, certain sources suggest few exceptions on the ban, for health care workers, food supply workers, and U.S employers who conduct additional recruitment workers.

True to all the speculations, President Trump signed an order temporarily barring new immigrants on a slate of employment-based visas, including the H-1B for high-skilled workers, from coming to the U.S. amid the corona virus pandemic.

The restrictions, which are set to take effect June 24 and last through the end of the year, will prevent hundreds of thousands of new immigrants who were expected to rely on the visas to work in industries ranging from tech and consulting to landscaping and seasonal jobs at resorts.

What are the regulations?

Earlier, this month New York Times also reported Trump consideration of ending the OPT program as well. These restrictions may not only affect the concerned personnel, but also the advocates of comprehensive immigration reform. But, the restrictions imposed now doesn't include the OPT program.
‍

The widely sought after H-1B visa is started with the intention of helping American firms that deal with labor shortages. This is particularly intended for industries that require specialized skills such as research, engineering, and computer programming.

Post-graduate training through OPT is a stepping stone for many foreign graduates of US universities, particularly in STEM fields. According to the National Science Foundation, most foreign students on OPT choose to remain in the US and become contributing members of the scientific workforce. Banning or ending this OPT program would bring in a major skill gap between the required and available sources.

Impact on the U.S. Economy

Many businesses strongly believe that H-1B visa is an important factor in propelling the nation forward. They say that skilled immigration has helped America in building a dynamic and powerful economy that further created new jobs and opportunities for economic expansion. His order is quite a negative blow to the U.S. economy and would hit American technology industry the hardest.

"Immigration has contributed immensely to America's economic success, making it a global leader in tech, and also Google the company it is today," Google CEO Sundar Pichai said on Twitter. "Disappointed by today's proclamation — we'll continue to stand with immigrants and work to expand opportunity for all," he added.

Implementation of any restriction on visas for non-immigrants will have a profound impact on the U.S. workforce that depend on these visas, and the companies that employ them. These restrictions are not imposed on those who are working in the U.S right now, but the H-1B beneficiaries who are waiting for upcoming fiscal year are the worst hit.

These restrictions would bring in a lot of commotion in many businesses especially for those in the IT sector. Banning or restricting non-immigrants at this time, when employers are struggling to get back into businesses would slow down the economic growth to a major extent. The impact of this ban would be experienced by both the Indian and global companies which would in turn impact the American economy.

In fact, restricting the H-1B visa system temporarily will eventually shrink the green card system for skilled workers while decreasing the number of skilled workers in the United States. Thus, halting the H-1B visa system will do enormous harm to the portion of immigration system which is the major source for the merit-based system supported by President Trump earlier. Hence, many experts and economists believe that suspension or restriction of non-immigrant visa should be stopped for the sake of American economy.