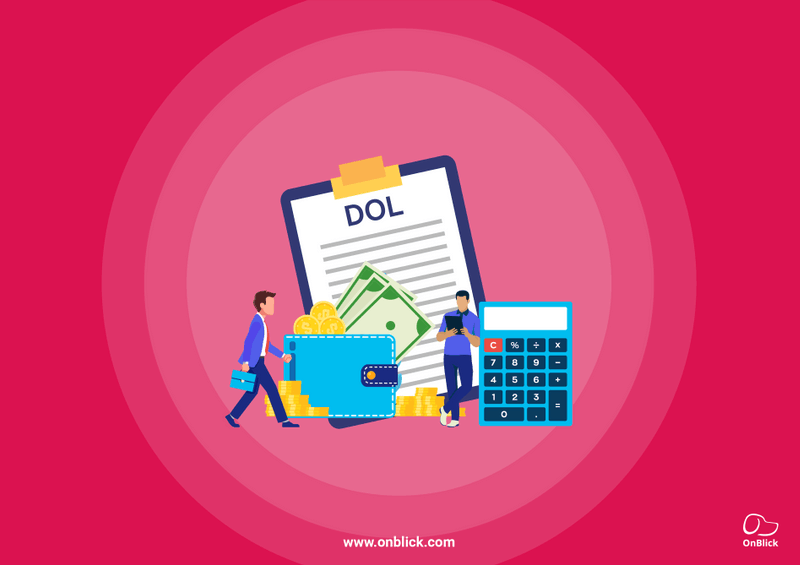 The U.S. Department of Labor (DOL) recently proposed a rule to establish standards and procedures to implement and enforce Executive Order 14026 entitled “Increasing the Minimum Wage for Federal Contractors”.

This blog discusses the proposed rule and how it may impact employees and employers.

Executive Order 14026 was signed by President Biden on April 27, 2021. It is envisaged to “bolster economy and efficiency in Federal procurement.” Refer to 86 FR 22835 for further details. The following are the measures and standards it puts forward.

• Increase the minimum wage for workers performing work on or in connection with covered federal contracts to $15 per hour.

• Continue to index the federal contract minimum wage in future years to an inflation measure.

• Eliminate the tipped minimum wage for federal contract workers by 2024.

• Ensure a $15 minimum wage for workers with disabilities performing work on or in connection with covered contracts.

The Executive Order seeks to raise the minimum wages to at least $15.00 per hour, beginning January 30, 2022. Beginning January 1, 2023, and annually thereafter, it will be an amount determined by the Secretary of Labor. As required by the order, the proposed rule will take into account the existing definitions, principles, procedures, remedies, and enforcement processes that are in accordance with the Fair Labor Standards Act (FLSA) of 1938, the Service Contract Act, the Davis-Bacon Act, the Executive order of February 12, 2014, entitled “Establishing a Minimum Wage for Contractors”.

Relevant Executive Orders from the Past

• Executive Order 13658, “Establishing a Minimum Wage for Contractors” was signed by President Barack Obama on February 12, 2014. It sought to raise the hourly minimum wage paid by those contractors to workers performing on or in connection with covered Federal contracts to $10.10 per hour, beginning January 1, 2015.

• This rulemaking proposes to sanction regulations implementing Executive Order 14026 that establishes an initial minimum wage requirement of $15.00 per hour and an initial minimum cash wage for tipped employees of $10.50 per hour, both of which the Department expects will be higher than the corresponding rates that will be in effect on January 30, 2022, under Executive Order 13658. Refer to 86 FR 22835-36.

DOL estimates the number of employees who would see an increase in their hourly wage, i.e., “affected employees.” Approximately 327,300 affected employees will be there in the first year of implementation of the rule. During the first 10 years the rule is in effect, average annualized direct employer costs are estimated to be $2.4 million assuming a 7 percent real discount rate (hereafter, unless otherwise specified, average annualized values will be presented using a 7 percent real discount rate). This estimated annualized cost includes $1.9 million for regulatory familiarization and $538,500 for implementation costs.

The direct transfer payments associated with this rule are transfers of income from employers to employees in the form of higher wage rates. The estimated average annualized transfer payments are $1.5 billion per year over 10 years. This transfer estimate may be an underestimate because it does not capture workers already earning above $15.00 that may have their wages increased as well. Additionally, employers with Federal contracts may increase wages for their workers who are not working on the contract.

The Department expects that increasing the minimum wage of Federal contract workers will generate several important benefits from improved government services, increased morale and productivity, reduced turnover, reduced absenteeism, and reduced poverty and income inequality for Federal contract workers. However, due to data limitations, these benefits are not monetized at the moment.

Here’s the summary at a glance.

Interested individuals are invited to submit written comments on this notice of proposed rulemaking on or before August 23, 2021. To make the submission, identified by Regulatory Information Number (RIN) 1235-AA41, you may use either of the following methods: