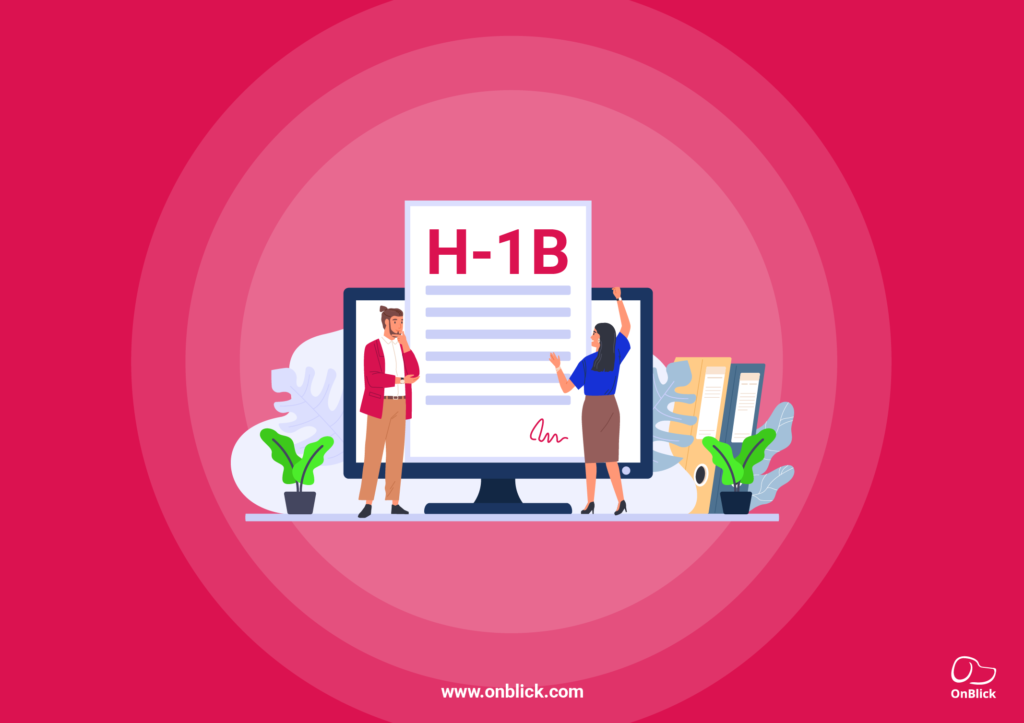 On 6th October the Trump administration issued two Interim Final Rules (IFRs) relating to the H-1B visa program that allows highly skilled foreigners to work in the United States. The new regulations are set to change the prevailing wage levels and the H-1B eligibility criteria. According to the Department of Homeland Security (DHS), these changes are necessary to strengthen the integrity of the H-1B program and will aid its more effective and efficient functioning.

What are the changes to the H-1B Program?

In the document numbered 2020-22347, DHS discusses the following provisions to Strengthen the H-1B program:

A. Amending the Definition and Criteria for a “Specialty Occupation”

1. Amending the Definition of a “Specialty Occupation”

2. Engaging the Beneficiary to Work

D. Corroborating Evidence of Work in a Specialty Occupation

A. Amending the Definition and Criteria for a “Specialty Occupation”

The rule amends the definition of a “specialty occupation” at 8 CFR 214.2(h)(4)(ii) to clarify that there must be a direct relationship between the required degree field(s) and the duties of the position. A position is not a specialty occupation if attainment of a general degree, such as business administration or liberal arts, without further specialization, is sufficient to qualify for the position.

Under the Section 214(i)(1) of the INA, 8 U.S.C. 1184(i)(1), a “specialty occupation” requires attainment of a bachelor’s or higher degree in the specific specialty (or its equivalent) as a minimum for entry into the occupation in the United States. However, the current regulatory criteria at 8 CFR 214.2(h)(4)(iii)(A) states that a bachelor’s degree be “normally” required, or “common to the industry,” or that the knowledge required for the position is “usually associated” with at least a bachelor’s degree or equivalent. To conform to the statutory definition of a “specialty occupation” and promote consistent adjudications, DHS is eliminating the terms “normally,” “common,” and “usually” from the regulatory criteria since these words create ambiguity. Besides this, DHS is replacing the phrase, “To qualify as a specialty occupation,” with the phrase “A proffered position does not meet the definition of specialty occupation unless it also satisfies”.

Currently, 8 CFR 214.2(h)(4)(ii) defines “specialty occupation” as an occupation which requires theoretical and practical application of a body of highly specialized knowledge in fields of human endeavor including, but not limited to, architecture, engineering, mathematics, physical sciences, social sciences, medicine and health, education, business specialties, accounting, law, theology, and the arts, and which requires the attainment of a bachelor’s degree or higher in a specific specialty, or its equivalent, as a minimum for entry into the occupation in the United States.

The new definition & criteria for Specialty Occupation Positions goes like this:

A proffered position does not meet the definition of specialty occupation in paragraph (h)(4)(ii) of this section unless it also satisfies at least one of the following criteria:

(1) A U.S. baccalaureate or higher degree in a directly related specific specialty, or its equivalent, is the minimum requirement for entry into the particular occupation in which the beneficiary will be employed;

(2) A U.S. baccalaureate or higher degree in a directly related specific specialty, or its equivalent, is the minimum requirement for entry into parallel positions at similar organizations in the employer’s United States industry;

(4) The specific duties of the proffered position are so specialized, complex, or unique that they can only be performed by an individual with a U.S. baccalaureate or higher degree in a directly related specific specialty, or its equivalent.

DHS will define “worksite” similar to the DOL definition of “place of employment” in 20 CFR 655.715 as “the physical location where the work is actually performed by the H-1B nonimmigrant.” A “worksite” will not include any location that would not be considered a “worksite” for LCA purposes, meaning that DHS will apply the same exclusions and examples of “non-worksite locations” as set forth in DOL’s regulations.

DHS will define “third-party worksite” as “a worksite, other than the beneficiary’s residence in the United States, that is not owned or leased, and not operated, by the petitioner.”

Currently, the term “United States employer” is defined at 8 CFR 214.2(h)(4)(ii) as “a person, firm, corporation, contractor, or other association, or organization in the United States” which, among other things, “[e]ngages a person to work within the United States” and “[h]as an employer-employee relationship with respect to employees under this part, as indicated by the fact that it may hire, pay, fire, supervise, or otherwise control the work of any such employee.”

As per the new definition, a United States employer means a person, firm, corporation, company, or other association or organization in the United States which:

(2) Has an employer-employee relationship with respect to employees under this part; and

In considering whether the petitioner has established that a valid “employer-employee relationship” exists or will exist, USCIS will assess and weigh all relevant aspects of the relationship with no one factor being determinative:

(i) Whether the petitioner supervises the beneficiary and, if so, where such supervision takes place;

(iii) Whether the petitioner has the right to control the work of the beneficiary on a day-to-day basis and to assign projects;

(iv) Whether the petitioner provides the tools or instrumentalities needed for the beneficiary to perform the duties of employment;

(v) Whether the petitioner hires, pays, and has the ability to fire the beneficiary;

(vi) Whether the petitioner evaluates the work-product of the beneficiary;

(vii) Whether the petitioner claims the beneficiary as an employee for tax purposes;

(viii) Whether the petitioner provides the beneficiary any type of employee benefits;

(ix) Whether the beneficiary uses proprietary information of the petitioner in order to perform the duties of employment;

(x) Whether the beneficiary produces an end-product that is directly linked to the petitioner’s line of business; and

(xi) Whether the petitioner has the ability to control the manner and means in which the work product of the beneficiary is accomplished.

D. Corroborating Evidence of Work in a Specialty Occupation

In accordance with 8 CFR 103.2(b) and paragraph (h)(9) of this section, USCIS may request copies of contracts, work orders, or other similar corroborating evidence on a case-by case basis in all cases, regardless of where the beneficiary will be placed.

DHS believes that the 1-year limit is reasonable given the nature of third-party placements since continuing to approve third-party petitions for longer periods of time would greatly diminish USCIS’ ability to properly monitor program compliance in cases where fraud and abuse are more likely to occur. This change is expected to encourage compliance with the regulations besides improving the program’s overall integrity.

DHS is amending its regulations to require its issuance of a brief explanation when an H-1B nonimmigrant petition is approved but USCIS grants an earlier end validity date than requested by the petitioner. DHS opines that providing such an explanation will help ensure that the petitioner is aware of the reason for the limited validity approval.

In this rule, DHS is adding regulations specific to the H-1B program to codify its existing authority and clarify the scope of inspections – particularly on-site inspections – and the consequences of a petitioner’s or third party’s refusal or failure to fully cooperate with these inspections. By better ensuring program integrity and detecting and deterring fraud and noncompliance, DHS will better ensure that the H-1B program is used appropriately and that the economic interests of U.S. workers are protected.

The new regulations make clear that inspections may include, but are not limited to, an on-site visit of the petitioning organization’s facilities, interviews with its officials, review of its records related to compliance with immigration laws and regulations, and interviews with any other individuals or review of any other records that USCIS may lawfully obtain and that it considers pertinent to verify facts related to the adjudication of the H-1B petition, such as facts relating to the petitioner’s and beneficiary’s H-1B eligibility and compliance.

Finally, DHS has added a clause to clarify its intent with respect to the provisions being amended or added by this rule; DHS intends that all the provisions covered by this rule function separately from one another and be implemented as such. Therefore, in the event of litigation or other legal action preventing the implementation of some aspect of this rule, DHS intends to implement all others to the greatest extent possible.

‍What are the changes to the wage levels?

DOL issued an IFR adjusting Wage Level Calculations for H-1B, H-1B1, E-3 Visa and PERM Programs. According to a statement by DOL, the interim final rule which results in significant adjustments to the current percentiles of distribution for each level serves to “improve the accuracy of prevailing wages paid to foreign workers by bringing them in line with the wages paid to similarly employed U.S. workers.” The changes in the wage levels will require employers to pay more to meet the new minimum wage level. The New Wage Levels apply to H-1B transfers, and Extensions as well.

The OES survey’s current four-tiered wage structure is based on calculations that approximate the following percentiles of the entire OES wage distribution:

Implementation of this Interim Final Rule

This rule will apply to petitions filed on or after the effective date of the regulation, including new petitions, extensions, transfers, and amendments. DHS will not apply the new regulations to any pending petitions nor to previously approved petitions, either through reopening or through a notice of intent to revoke.

DOL’s new regulation will not impact currently approved LCAs or PERMs. It will impact LCAs submitted on or after the date the regulation takes effect. It will also impact prevailing wage requests for PERM that are pending on the date the regulation takes effect.  This means that the new wage levels are planned to be applied to prevailing wage requests that have already been filed.

What do the regulatory authorities say?

“The US Department of Labor is strengthening wage protections, addressing abuses in these visa programs and ensuring American workers are not undercut by cheaper foreign labor” said Eugene Scalia, Secretary, DOL.

What do think tanks, immigration attorneys and other experts say?

Sarah Pierce, policy analyst at the Migration Policy Institute, noted that reforms to the H-1B program are necessary, but severe curtailing of the program can have wide-ranging effects. "There are legitimate concerns about the use of this visa to replace US workers, but in trying to address that issue, this administration is really hurting all companies that depend on H-1B workers. Not only those who employ the H-1B workers but also those that benefit from that labor," Pierce said.

“It is very likely that impacted businesses and business groups will file lawsuits with requests for preliminary injunctions seeking to block the changes before they can take effect”, says Immigration attorney Emily Neumann.

The new rules would not just shatter the dreams of thousands of IT professionals eyeing the US job market, but also affect the plans of several of those employers in the US who rely on the H-1B program. Though the regulatory authorities believe that the new regulations to the H-1B program will heal the damage done to the US economy by the COVID-19 pandemic, many are skeptical of the impact this would have on increasing domestic American jobs.