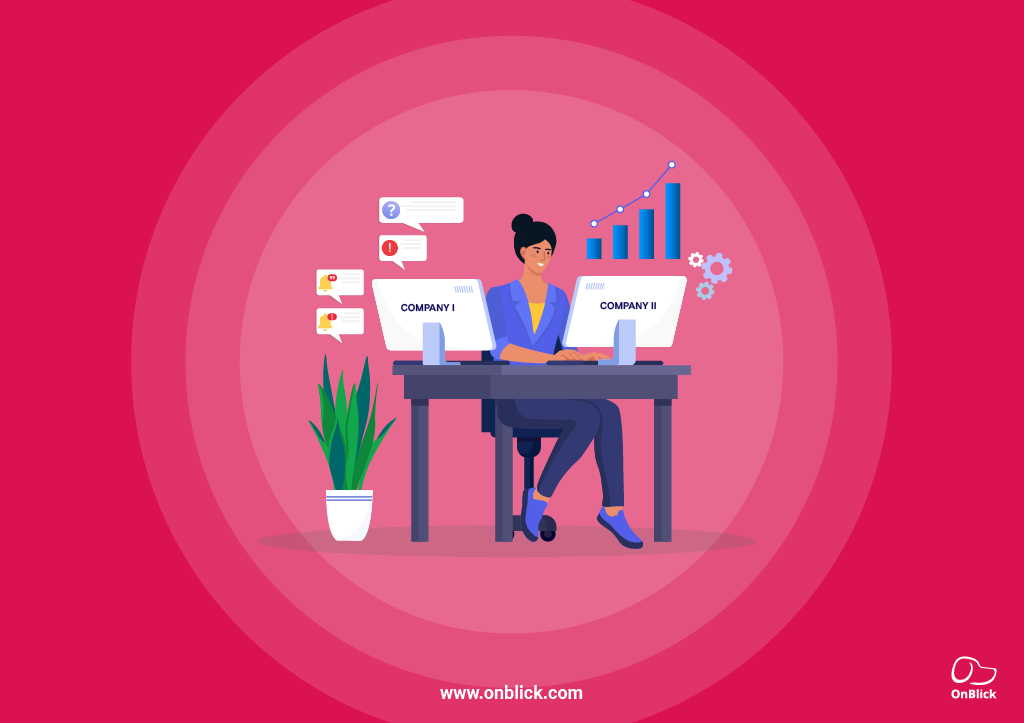 Why Do Some Companies Oppose Moonlighting? Is it Unethical or Illegal?

The topic of moonlighting in the tech industry has been around for a while now. The phrase “moonlighting” gained popularity in the US when people started looking for additional jobs to supplement their income.

The recent debate on moonlighting witnessed some dub it an unethical practice. In contrast, others called it the need of the hour and argued it is the employees’ freedom to do something outside the employment contract or working hours. Several companies allow their people to work outside the firm, but with some strict policies. This article discusses the ethical and legal concerns around the practice of moonlighting.

Moonlighting is an arrangement where employees can take on additional projects outside their primary job. The practice definitely appears to be a boon for the employees. But what about the employers or organizations with these moonlighters? The company’s productivity can be threatened if the moonlighting employees are not dealt with wisely. It’s been lately discussed that, with clear policies, companies can support employees who wish to earn an outside-the-company income to meet ends. Alternatively, the company can provide extra payment for employees willing to do some extra work. It all depends on the employers to decide what is best for the company, especially when there are potential dangers such as your confidential data getting leaked to your competitors.

The rise of the work-from-home culture increased the number of moonlighting cases since it became easier for employees to do some work outside their 9-to-5 positions. Several surveys and news articles highlighted the spike in remote workers taking up additional jobs to maintain job security during the pandemic.

It goes without saying that employees are expected to follow specific confidentiality rules in their employment agreements if they work two similar jobs. If an employee is moonlighting without their employer’s awareness, it could be considered deceitful. Nevertheless, several companies started to accept moonlighting with some stringent policies, which makes it ethical though it is still unethical to work for two organizations logically. It could be stated that the ethicality of moonlighting is entirely up to the employer.

Is Moonlighting Legal in The US?

Dual employment is generally allowed in countries such as the US and the UK. Companies and governments in the United States of America have straightforward policies that require employees to disclose if they are taking on such assignments outside their regular jobs. This means that if employees take on additional work outside their primary job, they would not have to pay taxes on the earnings.

Industry experts recommend that businesses have a written moonlighting policy. Even if it doesn’t violate a written policy, moonlighting can still be illegal if the employee violates a “duty of loyalty” to an employer – for instance, if they use an employer’s ideas or customers to start their own business. In countries like India, however, the Factories Act prohibits the practice of dual employment. But, some IT companies here have exempted their employees from this rule.

How Do Companies React to Moonlighting Employees?

When moonlighting is discussed, the companies are divided into two groups: the old-school IT enterprises and the new-school ones. The former, composed of traditional businesses, generally prohibits its employees from working for third parties. On the other hand, the new-age group, which is composed of younger individuals, believes that morality should evolve over time. Their moonlighting policies let employees take up external projects.

In August this year, the public caught wind of a food delivery platform called Swiggy, which allowed its employees to pursue projects for free or for pay. The company had specified certain constraints that it would enforce. In contrast, some companies that fired their employees or even delayed payment for the employees who worked for other firms have also been on the news.

Due to the growing number of workers choosing to moonlight as both a primary and secondary job, policies regarding the practice may need to be modified. This can be done in response to the needs of employees working simultaneously as they are on their primary jobs. Some do’s and don’ts of implementing these policies are discussed here. Employers can choose a moonlighting prohibiting policy, a permissive moonlighting policy or a lenient policy. While everything the business owner decides shall be for the company’s benefit. Below are a few things that need to be considered while making a moonlighting policy.

This article discussed the pros and cons of moonlighting by focusing on the legality and ethicality of the practice. We suggest companies frame a comprehensive policy that clearly states the rules regarding working multiple jobs. This will help your employees decide whether or not they want to work outside their regular positions.