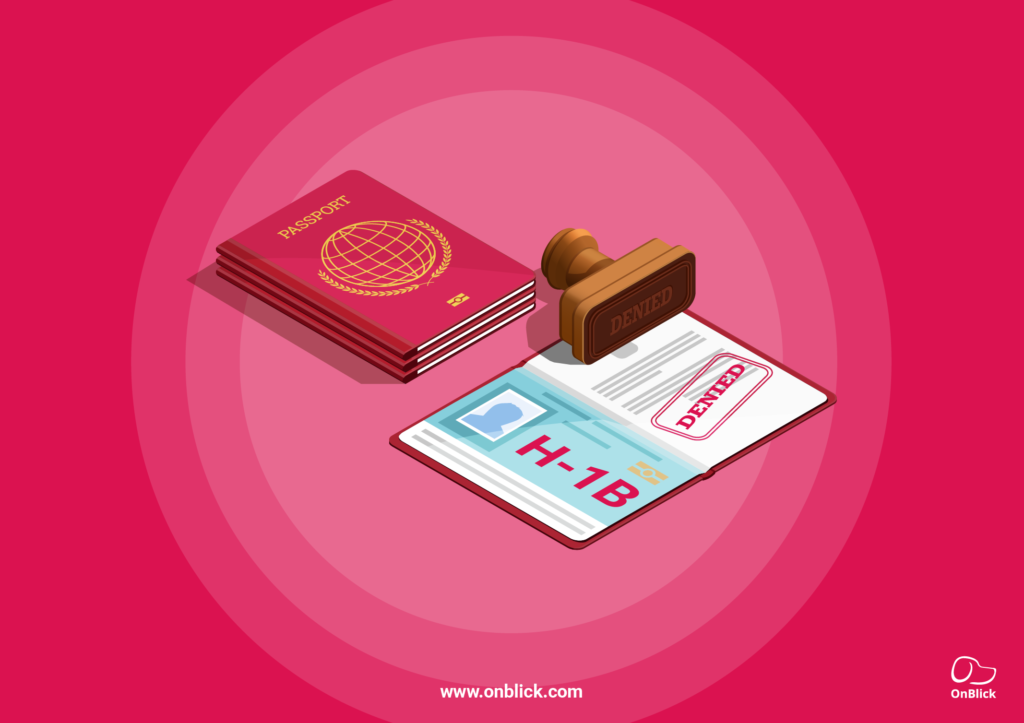 6% in FY 2015 was increased to 32% in the first quarter of FY 2019. This is not the H-1B approval rate, this is the rate of H-1B denials for initial employment. According to the National Foundation for American Policy (NFAP) analysis of USCIS data, H-1B denials are skyrocketing since FY 2018.

H-1B is the work permit visa which allows a non-immigrant to work in a US based organization temporarily. This visa is started in the FY 1990 with an annual cap of 65,000. Since its beginning, H-1B visa has undergone many reformations, but the last few years are impacting the American dreamers to a major extent. Increase in denials, delay in processing and uncertainty regarding the reformations are some of the reasons for this situation.

Recently, USCIS have released data on hiring practices of employers petitioning for H-1B workers (Employer Data Hub). On the contrary, this data also reveals information about the rate of H-1B denials and RFEs for various H-1Bs. According to NFAP, this data shows that USCIS have increased the denials of H-1B petitions in the recent years.

This denial rate has dazzled the US employers, as there are no such reformations in the H-1B process that explains this drastic increase. Responding to this analysis many employers and attorneys stated that USCIS and its adjudicators have raised the standard of proof for approving an H-1B petition. They also claimed that this has happened after Donald Trump issued the "Buy American and Hire American" executive order.
‍

The denial rate of previously approved petitions is 3% in the FY 2015, while it has reached an all-time high of 18% in FY 2019. However, this data is only till the first quarter of FY 2019. A clear understanding of this data reveals an increase in the H-1B denials after FY 2017, which is similar to new H-1B petitions.

One of the founding members of Klasko Immigration Law Partners, LLP, gave his view on the analysis. He said that "One thing that is clear to me is that the data backs up what employers have been saying for the last two years: USCIS has raised the legal standard they use to decide whether enough evidence has been presented with petitions to approve them, without any legal authority to do so and without any notice to the public.

Along with denials, USCIS have also increased the H-1B RFEs. The primary reason for RFEs is failing to establish that the job requirement is a Specialty occupation. USCIS have actually specified the Top Ten Reasons for Issuing an RFE in FY 2019.

Integration of the Immigration System: USCIS

In supportive of their policies USCIS has released Top 10 ways USCIS is improving the integration of the immigration system. According to employers, these key policies include those laws that are preventing them from hiring needed workers, such as new requirements against placing employees at third-party locations

National Foundation for American Policy (NFAP) has also given an analysis on the denial rates of H-1B petitions based on the organizations. Many organizations have witnessed a sudden surge in the H-1B denials (New & approved H-1B) in one particular Fiscal Year. It is quite astonishing to observe that even the top MNC companies are not exempt from these denials. If the denial rates for an organization is 8% in the FY 2015, while coming to FY 2019 (first quarter) it has witnessed a 48% of surge in the denials. The same is the case with organizations like Wipro, Infosys & Cognizant which have witnessed denial rates of 62%, 57% & 56% respectively in FY 2019 for new H-1Bs.

The situation is no different when we consider the denials of the approved petitions for these organizations. The organizations like PWC, Cognizant, and Syntel have received a record high denial rates of 42%, 37% & 37% in the first quarter of FY 2019. This data confirms that USCIS is following  Trump's  Buy American and Hire American"  executive order in H-1B denials.

These H-1B Denials are something that comes without a warning. So, as an employer, it is your responsibility to make sure that you are filing the petition in an appropriate manner.  Integrating a software that guides you through the H-1B process can make you avoid RFEs & denials.
‍

Don't worry, OnBlick can be your compliance partner. Its guided processes help you in filing H-1B petitions according to USCIS specifications. OnBlick is developed in accordance with all the USCIS standards and guidelines which will help employers assure their organizational compliance.
‍
This guidance will reduce H-1B denials and improve the chances of approvals.