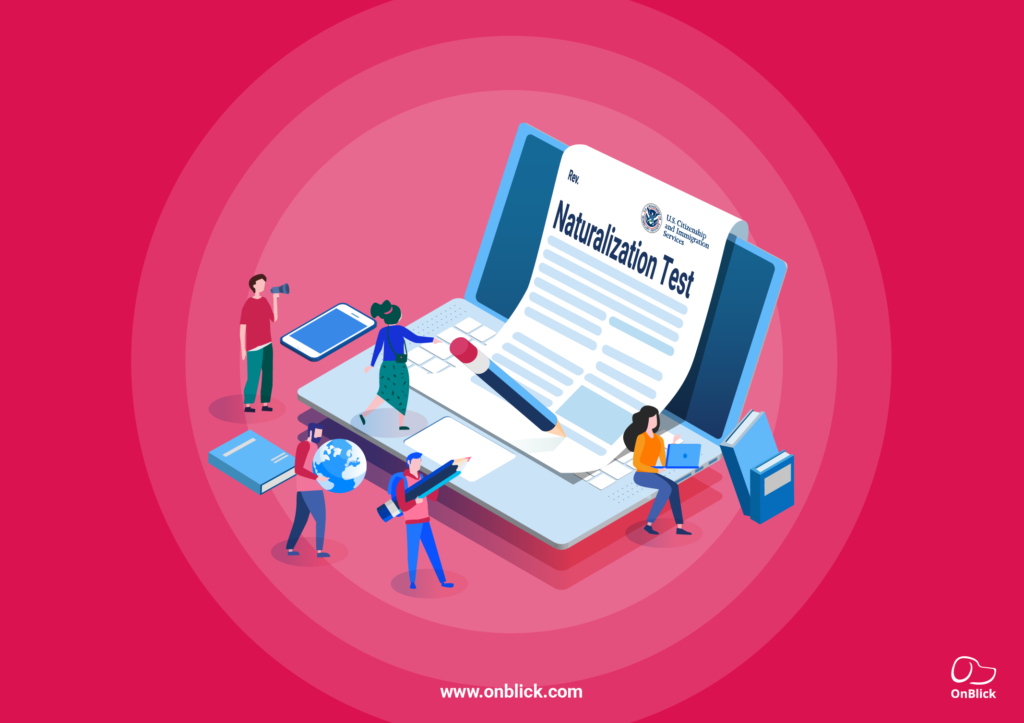 USCIS Plans to Improve the US Citizenship Test

What is the US Citizenship Test & Who Is It For?

Any green card holder aspiring to be a US Citizen can be so, through Naturalization. US government has a defined Naturalization process which helps immigrants to be the lawful citizens of their country.
‍

The Immigration and Nationality Act outlines the English and Civics requirements for naturalization. According to the law an applicant for citizenship must have:

Hence, the US citizenship test introduced in the year 1986, is an integral part of the interview process which includes an English & Civics test. The English test is for determining the speaking, writing and reading capabilities of an applicant. And the civics test is to analyze the applicant's knowledge and their understanding of the US Government and its policies.

Now, USCIS is planning to improve the efficiency of this test as passing it is mandatory to become a naturalized US citizen.

Did you know?
According to the current citizenship test, an applicant has to correctly answer 6 out of the 10 civics questions. These 10 questions are generated randomly from the list of 100.

Revising & Updating the US Citizenship Test

The former USCIS director has signed the Revision of the Naturalization Civics Test Memorandum.  So, USCIS is revising the current Naturalization Test to ensure that it reflects best practices in adult education assessments.

In support of the announcement for naturalization test revision, the former USCIS Director Francis Cissna stated that: "Citizenship is the culmination of an immigrant's journey to fully join our nation and live with us in a common bond ... By revising this test every 10 years, we can ensure that the civics education requirements remain a meaningful aspect of the naturalization process."

In December of 2018, USCIS has started a working group from the members of the agency to revise the Naturalization test. This group is updating the questions of the test to make sure that the process is fair and transparent.

USCIS will pilot the test in this fall, once it completes the revision and updating. However, USCIS will implement this test in December 2020 or early 2021 only after a clear analysis of the pilot.

757,000 people are naturalized in the Fiscal year 2018 by USCIS. This is a five-year high in the new oaths of citizenship.

What happens if an applicant fails the US Citizenship Test?

An applicant has two opportunities to pass the English & Civics test. If they fail to do so during the first time, a retest is conducted for only that part of the test which they have failed. An applicant can attend a retest between 60 to 90 days from the date of your initial interview.

What do you think of this announcement? What major changes can we expect in the US citizenship Test? Do let us know.