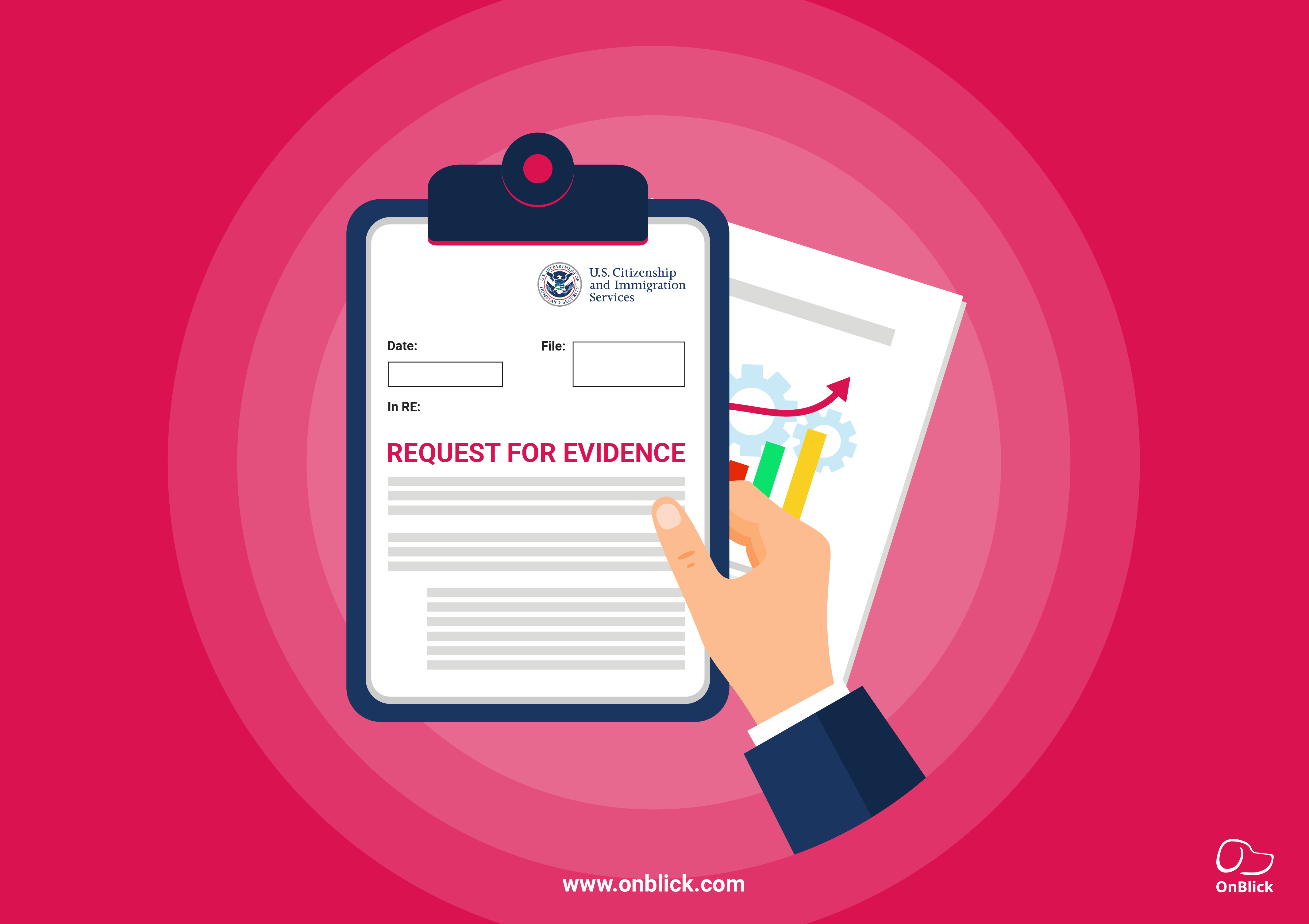 H-1B RFEs are on the Rise. Should Employers Be Worried?

Congratulations! if your H-1B petition is selected. What are you expecting now, approval or an RFE? Since the beginning of Trump's Executive order Buy American, Hire American, RFEs have become more and more common. What is the reason for this situation: Is it stringent laws or increase in scrutiny?

Before getting into this, let's understand "RFE" and why is it issued?
‍

USCIS issues a written notice in the form of a Request For Evidence (RFE) to request any missing or additional evidence from applicants or petitioners who have filed for the immigration benefits.
‍

Why is A Request For Evidence Issued?

An RFE is issued when the authorities believe that there is not enough information to make a decision on the application. So, RFEs doesn't mean denial, consider it as another chance to get the approval for your petition.
‍

Are RFEs on the Rise in Recent Years?

Yes, the latest data released by USCIS says so. USCIS have released a data report regarding the RFEs issued for various non-immigrant petitions from the FY 2015-2019 (till March). This data reveals that there is a sharp increase in RFEs and denials.
‍

Here is an analysis of the data which proves that USCIS is following a stringent approach in scrutinizing the visa petitions.

But the reports from IT staffing & consulting companies show that their RFE & denial rate is nearly double than what is shown in the overall report. This data shows that the adjudications of H-1B are not in the employer's favor, especially if the employer is from IT Consulting or Staffing organization.
‍

What Are the Reasons for an RFE?

The first main reason for receiving an RFE is the failure in providing evidence to prove that the position qualifies as a Specialty Occupation. According to USCIS here are the Top 10 Reasons Why Request For Evidence was Issued In The FY 2018.
‍

What Should an Employer Do if They Receive a Request For Evidence?

Do you know that USCIS has a Policy Memorandum which allows immigration filings to be denied without issuing RFE or NOID?

This Policy Memorandum (PM) provides guidance to U.S. Citizenship and Immigration Services (USCIS) adjudicators regarding the discretion to deny an application, petition, or request without first issuing a Request for Evidence (RFE) or Notice of Intent to Deny (NOID) if initial evidence is not submitted or if the evidence in the record does not establish eligibility. So, receiving an RFE is actually your chance to get the petition approved by providing the requested additional evidence. The most important thing to consider once you receive an RFE is the response time. USCIS will specify a response time at the top of your RFE notice, which is not more than 12 weeks. This duration begins from the date mentioned in the notice, but not from the date when you have received the mail. So, as an employer/petitioner, it is your responsibility to ensure that your response reaches USCIS within this time. Don't Delay!
‍

How to Prepare The H-1B RFE Response?

An RFE can lead to approval only through a properly organized response. Any discrepancies in the data you provide will further delay the processing or may even result in denial. Here are a few steps which can guide you:

What Happens After You Submit an RFE Response?

The Employer should submit this RFE response packet to USCIS mailing address mentioned in the RFE notice. Once USCIS receives this response within the mentioned response time, the adjudicator will go through it and check if all the evidence is intact or not. If the additional evidence is enough to make a decision on your petition, you can expect further action within 60 days. It can be an approval or a denial. In a few cases, USCIS may issue a further RFE if additional evidence is a must for the completion. So, one cannot estimate the processing time of a petition with RFE.
‍

What happens if you don't submit an RFE response?

Not submitting an RFE response or delay in submission both result in denial of your application without further notice.

How Can You Avoid An RFE?

With such an increase in RFE & denial rate, one must be worried about "how an RFE can be avoided?" Here are a few guidelines which can help you in filing the petition appropriately and avoid an RFE.

Proper guidance while filing the petition may help you in avoiding an RFE. OnBlick's guided processes help you in filing the H-1B petition according to the USCIS specifications. This will ensure that you stay up-to-date with all the updates in the immigration laws and comply with the updated regulations. Thus, improving the chances of approvals and avoiding RFEs. Hope you will not receive a Request For Evidence. Even if you do, don't panic and follow the guidelines to convert it to an Approval. Have you received a Request For Evidence before? Let us know how you have handled it.