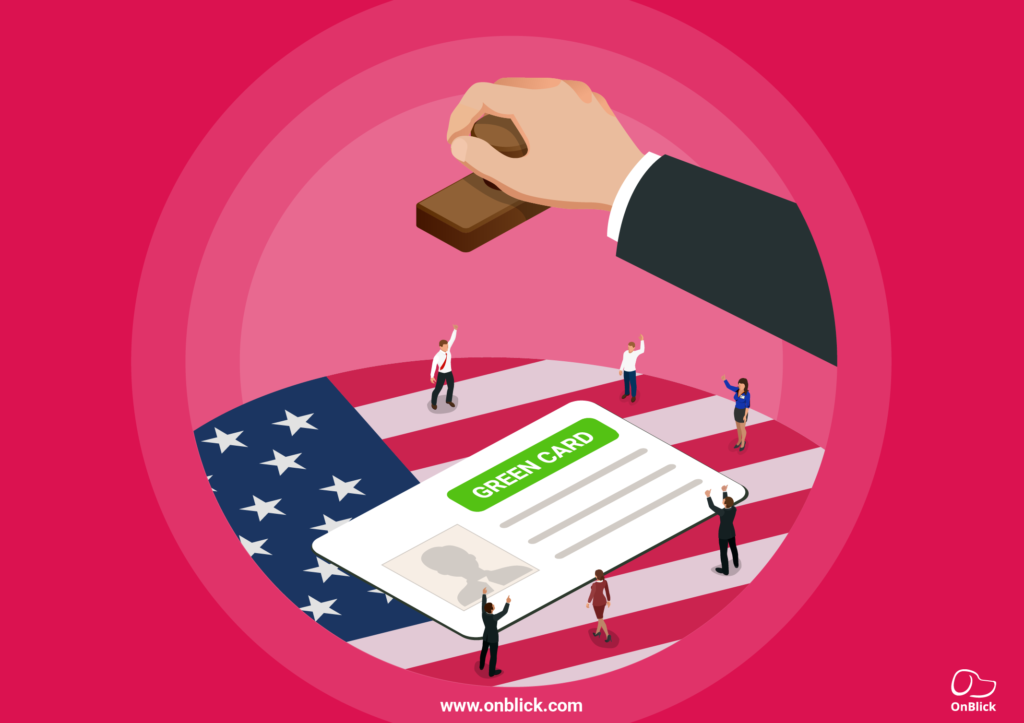 H.R.1044 - A Step Towards Removal of Per-Country Cap on Green card

On July 11th, 2019 US House of Representatives has passed the Fairness for High-Skilled Immigrants Act of 2019 removing the per-country cap on the Green Card. Though there are other steps before this H.R.1044 Bill becomes a Law, many non-immigrants are hopeful with this enhancement. Firstly, what is a Green Card & why is there so much chaos regarding it recently?‍

The Permanent Resident Card or popularly known as the Green Card is the current topic of discussion among many non-immigrants of the USA. This card grants access for staying permanently in the United States, which is not the case with employment-based visas. Most importantly, it allows non-immigrants the freedom to choose their place of stay and work. That is the main reason why many foreign nationals who are dreaming about staying in the USA permanently, aspire for getting their green cards.

But many employed non-immigrants are facing struggles to get their green card approved and are left in the backlog line of the applicants. The main barrier restricting permanent residency for these non-immigrants is discrimination based on the country they are born.

Impact of the Existing Law:

There is a 7% per-country limit on green cards which has increased the backlog line for applicants, extending the number of years they take for approving a green card. The countries with the most skilled non-immigrant workers like India and China are the worst hit with this limit, as the waiting time for them is now decades-long. The current wait time for Indians is around 60 years or even more in a few cases.

However, the new improvements in the passage of H.R.1044 have brought in a little hope for thousands of non-immigrants awaiting their green cards since long. This Bill removes the per-country cap on Employment-based visa categories, now following a "First Come First Serve" approach.

This bill raises the per-country cap on family-based green cards from 7% to 15% of the total number of such visas available that year.

The bill also establishes transition rules for employment-based visas from FY 2020-FY 2022, by reserving a percentage of EB-2 (workers with advanced degrees or exceptional ability), EB-3(skilled and other workers), and EB-5 (investors) visas for individuals not from the two countries with the largest number of recipients of such visas. Of the unreserved visas, not more than 85% shall be allotted to immigrants fro many single country

The supporters of the Bill state that eliminating the country cap will equalize the opportunities for all. It will remove the backlog and strengthens the competitiveness of the country.

A member of House Armed Services tweeted in support of the Bill. He said this bill will end the long wait of the immigrants who are aspirant to become permanent residents. He also added contribution of these immigrants will make US stronger.

While there is so much support in favor of the Bill, there are critics who argue that there will no longer be a guaranteed green card pool for less populated countries.

Though some of the people are claiming that this bill would only benefit the Indian or Chinese high skilled non-immigrant employees, in reality this will eliminate discrimination based on the country rather than bringing any particular country ahead of others. This will also bring in a net benefit for the USA increasing its economy. As it will reduce the migration of skilled non-immigrants from the US to other countries like Canada & South America.

What do you think of this Bill? Will signing this Bill as a Law help boost skilled immigration thereby increasing the country's economy?