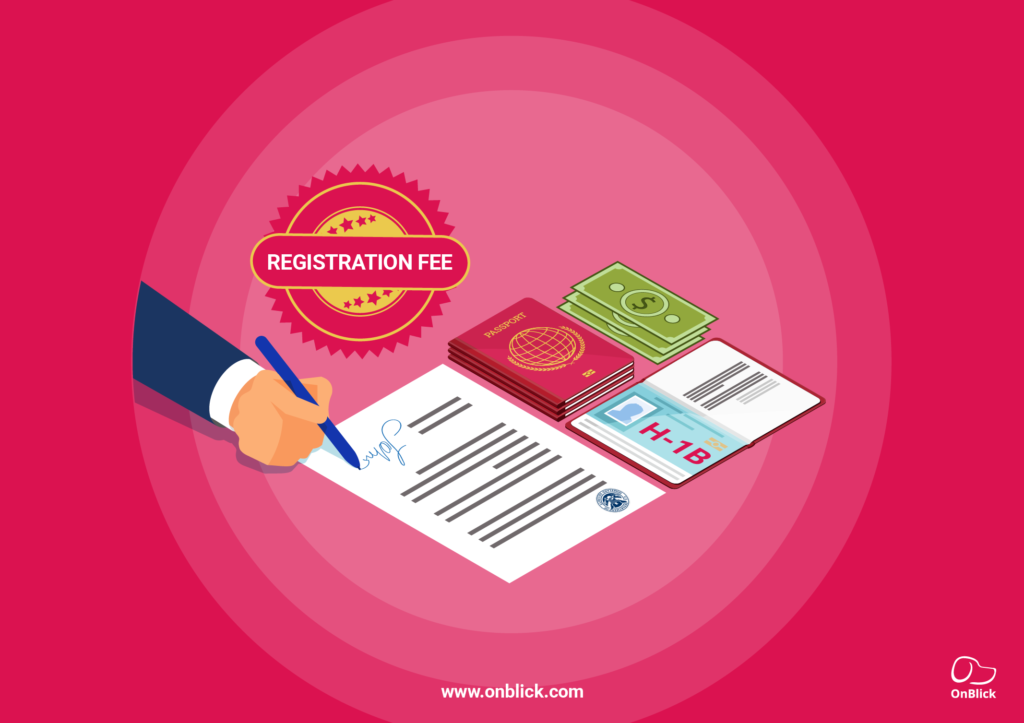 A Summary of the Final Rule:

This final rule amends the Department of Homeland Security (DHS) regulations to require petitioners seeking to file H-1B cap-subject petitions to pay a $10 fee for each registration they submit to U.S. Citizenship and Immigration Services (USCIS) for the H-1B cap selection process.

DHS has reviewed all of the public comments received in response to the proposed rule and has addressed a few of them. One of the response is as follows:

"DHS believes that a $10 fee for each registration a U.S. employer chooses to submit would not be overly burdensome for employers. This system avoids the burdensome process of submitting a full, paper-based petition as required for possible selection under the current cap selection process."

Under this new rule, petitioners should fill an online registration form for all the H-1B applicants, including the cap-exempt. On the submission of this form, they have to pay a registration fee to the USCIS. The H-1B pre-registration fee is $10, and this is a non-refundable amount. USCIS says that this would help in making the electronic registration system effective for the petitioner and the agency.

However, the USCIS is slated to implement the electronic registration process for the FY 2021 once testing was completed. It will also announce the time-period for the pre-registration in the Federal register once the formal decision is made.

Merits of the Electronic Registration Process:

In addition to the H-1B pre-registration fee, USCIS has also announced a few other updates in the fee requirements:

What do you think about the new H-1B pre-registration fee? Do let us know your views on it.