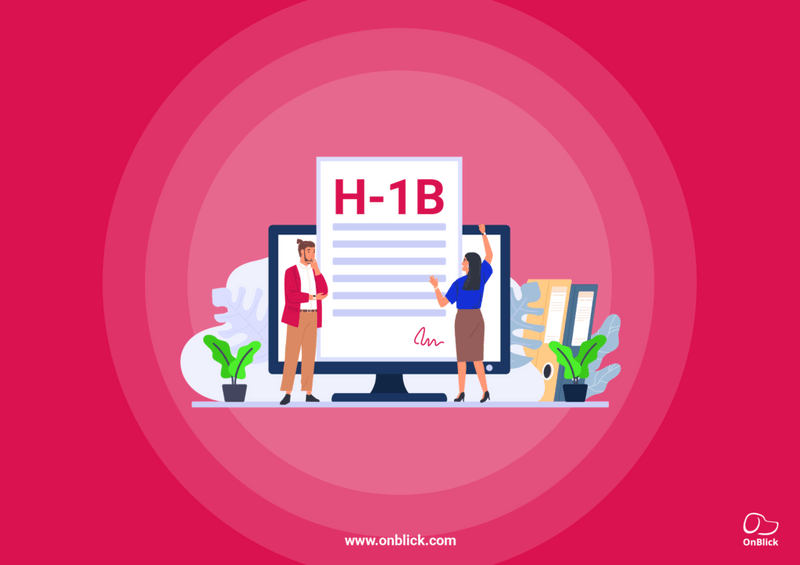 On January 15, 2021, the US Department of Homeland Security (DHS) issued an advanced copy of the final rule bringing changes to the H-1B Nonimmigrant Visa Classification Program. The rule amends the regulations for H-1B petitions that determine how the U.S. Citizenship and Immigration Services (USCIS) will determine the change in the ‘employer-employee relationship’ between a petitioner and the beneficiary.

The rule is yet to be published in the Federal Register, and if published, will not be taken into effect for 180 days.

What are the Changes According to the New Rules?

How do the Experts Interpret the New Rule?

The American Immigration Laws Association (AILA) and American Immigration Council (AIC) commenting on the interim rule published in October 2020, stated that “rather than providing clarity, DHS has created an impossibly complex rubric of factors that adjudicators ‘may consider’ to determine the existence of an employer-employee relationship”. They further believe that the DHS has created a contradiction to their own statement when they say that it “believes that the new regulation is not inconsistent with the DOL definition of ‘[e]mployed, employed by the employer, or employment relationship.’” While in reality, they are of the opinion that the new regulation removes the crucial defining phrase “as indicated by the fact that it may hire, pay, fire, supervise, or otherwise control.”

According to Cyrus Mehta, partner of the immigration law firm Cyrus D. Mehta and Partners, “This departure completely contradicts USCIS’ concerns about whether the petitioner of an H-1B worker is a genuine employer or not by now rendering even the user of the H-1B worker’s services an employer”.  He believes that the rule ‘has been designed to kill the India heritage of the IT industry’ and that it would harm corporate America that relies on the IT industry to ‘remain competitive in the global economy’. He commented that the rule would also adversely affect ‘other sectors as well that involve third-party placements, including nursing, consulting, audit, engineering services among others’. The new rule is said to bring down the Indian IT professionals who aimed at working in the U.S. In a statement, Sonam Chandwani, Managing Partner at KS Legal & Associates commented that “while cutting back H-1B visas for skilled foreign workers and tightening wage-based entry barriers appear to be a wise move for American worker’s protection, the restrictions are likely to send shivers across industry verticals and hamper competitiveness from a global perspective.”

The DOL believes that the new rule may aid them to look after the qualifying employers accountable for compliance with H-1B program requirements, which would in turn prevent potential abuse of U.S. workers. However, the rule would force IT service companies to file for H-1B petitions and LCA on behalf of the workers even if they do not employ or pay a specific wage to the H-1B professionals. This may lead to increase costs for the companies.

It is still uncertain whether the new rule would take into effect. As Emily Neumann states, ‘the Biden-Harris White House is expected to sign an executive order on January 20th halting or delaying any “midnight regulations” such as these that have not yet gone into effect’.