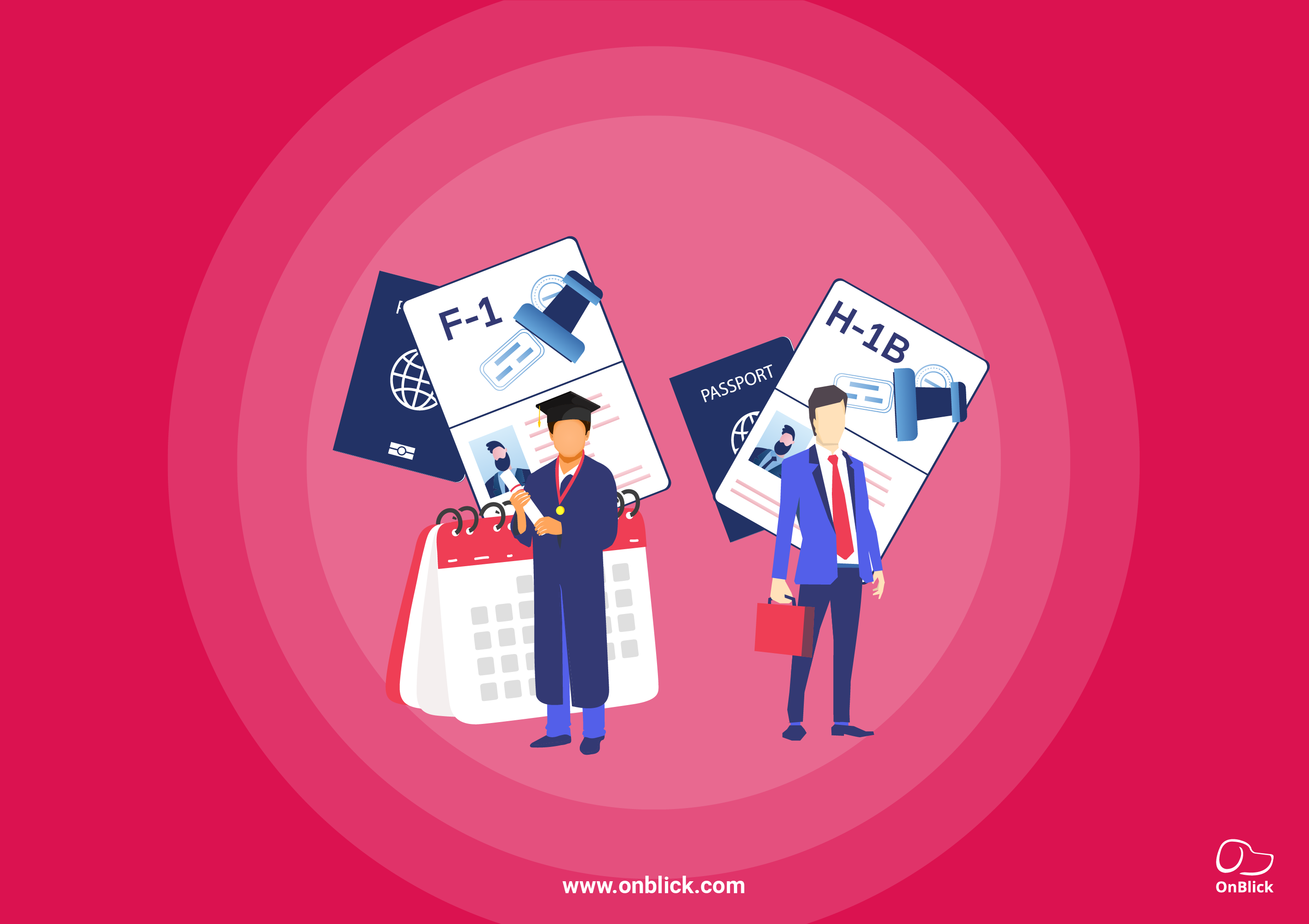 By now you must have heard that the United States Citizenship and Immigration Services (USCIS) has completed the initial electronic registration selection process. The agency has also notified all prospective petitioners with selected registrations that they are eligible to file an H-1B cap-subject petition for the beneficiary named in the applicable selected registration.

We believe that the petitioners and/or their legal representatives with selected registrations have started filing the H-1B Cap Petitions for the Fiscal Year (FY) 2022 from April 1st onwards. Are you someone who plans to sponsor an F-1 nonimmigrant student? Then you must take care of various aspects including the change of the student’s status from F-1 to H-1B. Here’s everything you need to know in this regard.

Extension of the F-1 status

According to the Department of Homeland Security (DHS), some F-1 students may extend their F-1 status beyond the end of their academic program or any authorized Optional Practical Training (OPT), if:

"Cap Gap" refers to the time between the expiration of an F-1 student’s OPT and the start date of an H-1B petition. In simple terms, it is the period between the end of F-1 OPT and the beginning of H-1B status. USCIS states that a cap gap occurs because an employer may not file, and the agency may not accept, a cap-subject H-1B petition submitted more than six months in advance of the date of actual need for the beneficiary’s services or training.

As a result of this, April 1 becomes the earliest date that an employer can file an H-1B cap-subject petition for the following FY that starts on October 1st. If the H-1B petition and the accompanying change of status request are approved by the USCIS, the student may begin the approved H-1B employment on October 1st, provided that the beneficiary’s OPT employment authorization expires before the H-1B start date.

Although F-1 nonimmigrant students with degrees in Science, Technology, Engineering, or Mathematics (STEM) may apply for a 24-month extension of their post-completion OPT employment authorization, USCIS’s policies regarding the cap gap extension remain the same. As per the agency, an F-1 student who is the beneficiary of a cap-subject H-1B petition, requests for change of status that is filed on time, may have their F-1 status and any current employment authorization extended until the first day of the new fiscal year (i.e., October 1).

If approved for a change to H-1B status that cannot take effect until October 1, students whose F 1 status ends between April 1 and September 30 face a potential gap in their ability to stay and/or work legally in the United States. DHS notes that the cap gap extension allows them to:

When Student and Exchange Visitor Information System (SEVIS) gets data about a pending H-1B petition from USCIS, it updates the record to show the cap gap extension. Nonetheless, if the record is not updated by an automated interface, the Designated School Official (DSO) can request an SEVP Response Center (SRC) data fix to add the cap gap extension for H-1B petitions that have been receipted with USCIS.

Who are not eligible for Cap Gap extension?

DHS states that the following categories are not eligible for the extension:

Note: Cap-exempt employers can file for H-1Bs at any time, even if the cap has been reached.

Concerning the H-1B petition filing timeline, employers have to keep the following points in mind:

A cap gap-eligible student’s status is affected by one of the following statuses in an H-1B petition:

What happens to H-1B petitions that are not selected?

USCIS pronounces that the cap gap extension of status will automatically terminate if the student’s H-1B petition is denied, withdrawn, revoked, rejected, or is not selected, or if the change of status request is denied or withdrawn even if the H-1B petition is approved for consular processing. The student will have the standard 60-day grace period from the date the extension of status terminated or their program end date, whichever is later, to depart the United States (however, the 60-day grace period does not apply to an F-1 student whose accompanying change of status request is denied or revoked due to a status violation, misrepresentation, or fraud).

As per the USCIS, F-1 students who do not qualify for a cap gap extension and whose periods of authorized stay expire before Oct. 1 are required to leave the United States. They then need to apply for an H-1B visa at a consular post abroad, if applicable, and seek to be readmitted into the United States in H-1B status for the dates reflected on the approved H-1B petition.

If the employer withdraws the H-1B petition before the date that the student officially changes to H-1B status, the student generally will remain in F-1 status while the data fix is pending. The student would have the standard 60-day grace period to depart the United States unless the H-1B petition was revoked because of fraud or violation of status.

If the employer withdraws the H-1B petition approval after the date that the student officially changes to H-1B status, the student’s status will have been changed from F-1 to H-1B. The student will no longer be in valid F-1 status and would need to file a Form I-539 if seeking to change back to F-1 status.

Instructions to students and petitioners

As the USCIS adjudicates the filed petitions, it recommends the selected employers and students to work closely while on the 90-day petition filling period to make sure that:

Note: USCIS warns that is possible with this filing process, that even if selected, the filing window may fall both after the student’s OPT expires and the 60-day grace period ends. In this case, the student should seek appropriate legal advice.