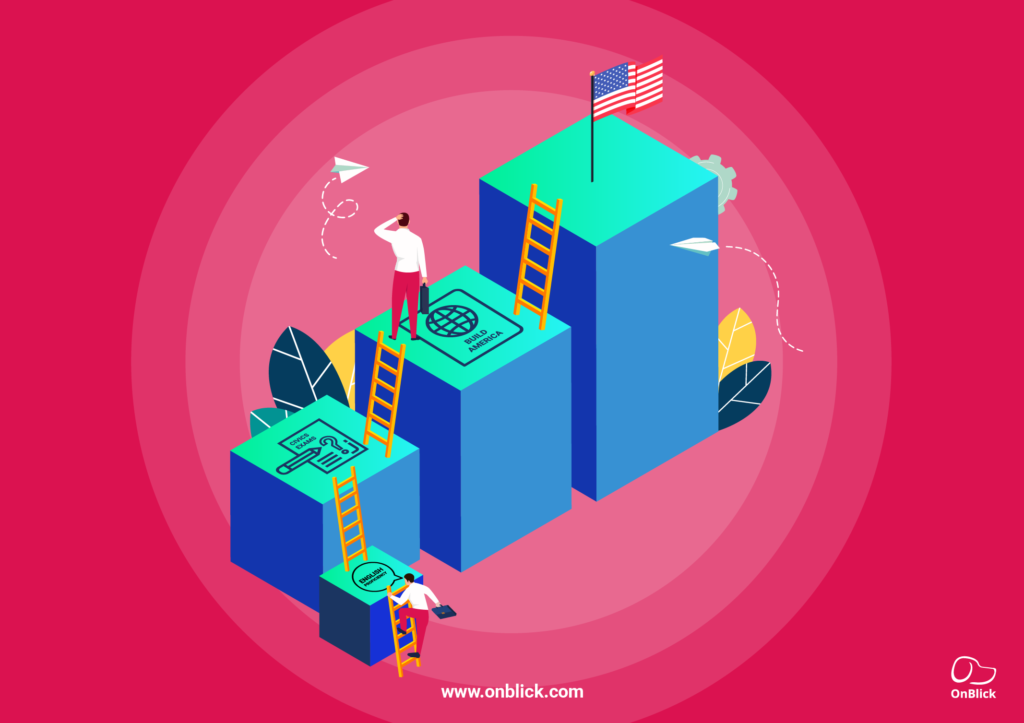 Trump is here with the biggest change ever. On Thursday, Trump proposed a new rule welcoming an immigration system that would be the pride of their nation.
‍

What is The New Rule & How Is It Going to Impact The Current Immigration System?

Trump says that the current random selection process is contrary to the values of America, which is not paving a clear path for the talent. Most of the organizations are even moving their offices to other countries as US Immigration policy is not allowing them to retain the most skilled talent.In his speech, Trump majorly focused on the immigration system of the other countries like Canada, Australia, etc.

These countries are having 70-75% skilled immigrants because of their merit-based immigration system. While for the US it is just 12%. This made him focus on making the proportion of skilled immigrants from 12% to 57% or maybe even higher. According to Trump, this will inline the US with other countries and make it globally competitive.Trump said that, "66% of the legal immigrants in the US are coming solely because of having relatives in the country to sponsor them, while 21% of the immigrants are coming through the random lottery". He further added that most students believe that having a sponsoring relative in the country is the only way for working in the US.

So, many exceptional students without a sponsor are leaving the country, making the US stay behind on the percentage of talented immigrants.He strongly believes that an immigration system update is long overdue for the country. So, trump proposed a new rule of Merit-based immigration system.Trump stated that instead of admitting immigrants on random chance, there will be universal criteria for the admission in the US, no matter where you were born. This will increase the diversity of immigration flows into the country helping build a greater economy.
‍

Mentioning about the green card, he specified that most of the green cards holders are low skilled and low waged. This is due to the low skilled immigrants selected through the random selection process. This new rule includes replacing the green card category with the new "Build America" visa. US will also follow a point based system like the one in modern countries. According to this, more points will be added for being a younger worker, for having a valuable skill and offer of employment or a plan to create jobs.

Finally, Trump announced that all the future immigrants should learn English and pass a civics exam prior to admission. In supportive of the newly proposed rule, he further said that this will strengthens their culture, traditions and also value.Trump ended his speech by stating "It is time to restore our national unity and reform our national purpose. It is time to rebuild our country for all the Americans".

What do you think about the new rule? Will this make America a better place for skilled workers or the contrary?