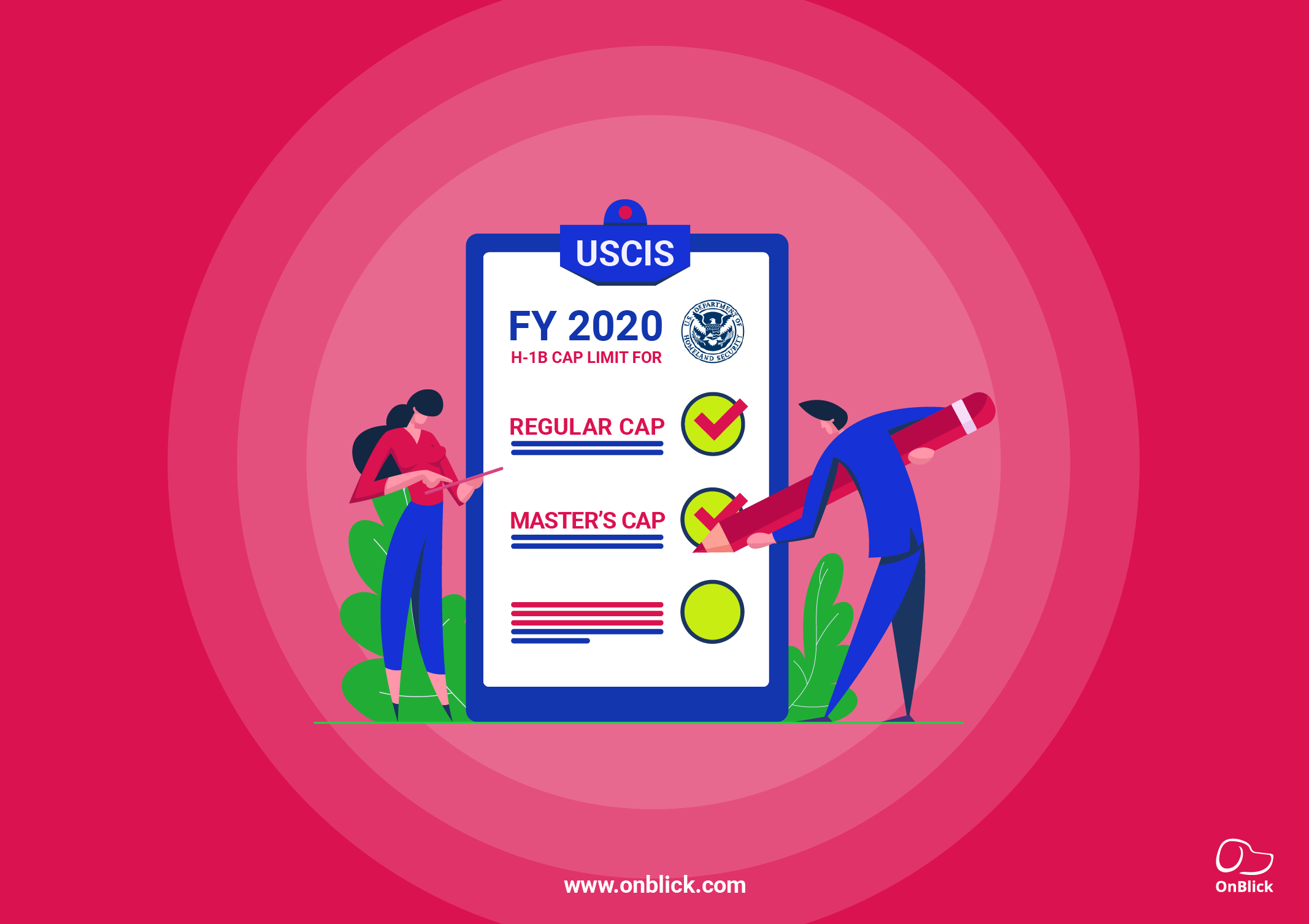 The H-1B Cap season is here and USCIS has started accepting H-1B petitions for the Fiscal Year 2020. Here are the updates on the Cap Season so far!

April 1st, marked the beginning of the H-1B Cap season and five days is all it has taken to receive enough H-1B petitions for the upcoming Fiscal Year.

USCIS has announced that it has received a sufficient number of H-1B petitions for the FY 2020 on April 5th. Out of which the mandated 65,000 petitions would be selected in the random selection process. However, USCIS has announced that it still has to determine the number of petitions received under the advanced degree exemption. The advance degree exemption caps at 20,000 petitions. USCIS will reject and return all the remaining unselected petitions along with the filing fees.

This Fiscal year, USCIS has followed the new H-1B regulation in selecting the petitions. First, it has conducted the random selection process on all the petitions, including the cap exempt petitions. Out of which, the required 65,000 petitions were selected. USCIS will conduct another computerized lottery for the advanced degree exempt petitions alone for the selection of master's cap petitions.
‍

When do you think there will be an update about the selection of Master's cap petitions?